The application of vapor chamber in mobile phone 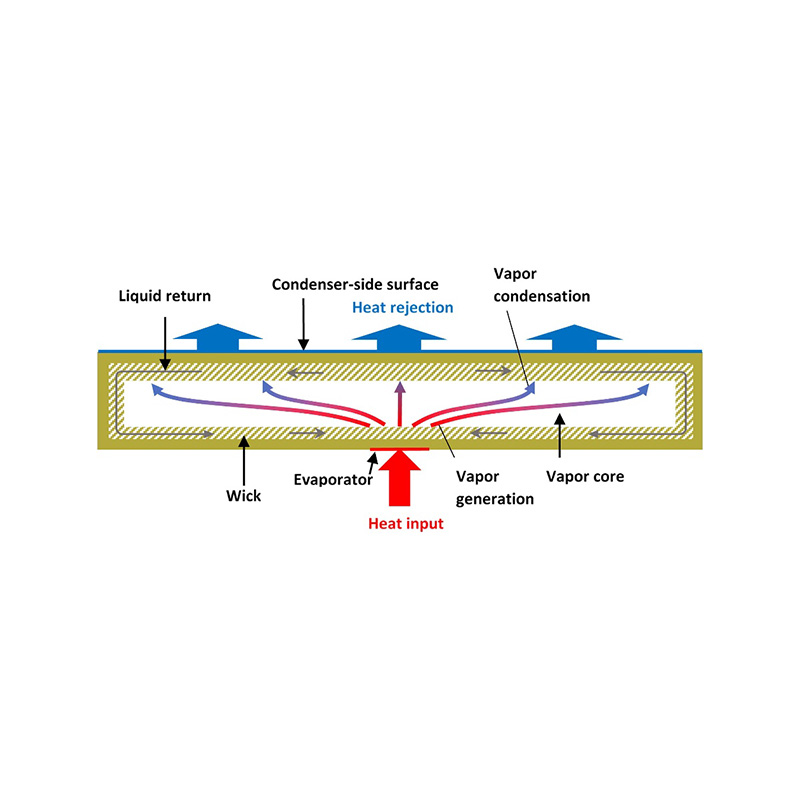 The application of vapor chamber in mobile electronics

With the rapid development of microelectronics technology, the power consumption of electronic components is increasing and the structure volume is shrinking. The high heat flux generated by electronic components in a narrow space can not be dissipated in time, resulting in the temperature exceeding the upper limit of the operating temperature of electronic components, which seriously affects the performance and life of electronic equipment. Especially with the advent of the 5G era, the operating load of mobile electronic devices such as smartphones has increased significantly, while the devices are also becoming lighter and thinner, resulting in a continuous reduction of effective heat dissipation space. Thus, the traditional micro heat pipes can no longer meet the heat dissipation requirements of such high heat flux electronic devices.

As an efficient and compact two-phase heat transfer device, the vapor chamber has been widely used to dissipate high heat flux in narrow space. The schematic diagram below shows that how the vapor chamber works. The heat of the heat source is conducted to the evaporator of the vapor chamber. The working fluid absorbs heat and evaporates to form saturated vapor at the evaporator. Then, the vapor diffuses rapidly in the vacuum chamber, and releases heat and condenses after diffusion to the condenser. The condensate reflows to the evaporator under the dual action of gravity and the capillary force of the wick, and quickly start the next evaporation-condensation heat transfer cycle. With high thermal conductivity and excellent temperature uniformity, the vapor chamber could control the working temperature of electronic devices within an appropriate range, thereby ensuring the normal and reliable operation of electronic devices, and enhancing the performance of mobile electronic devices such as 5G mobile phones.