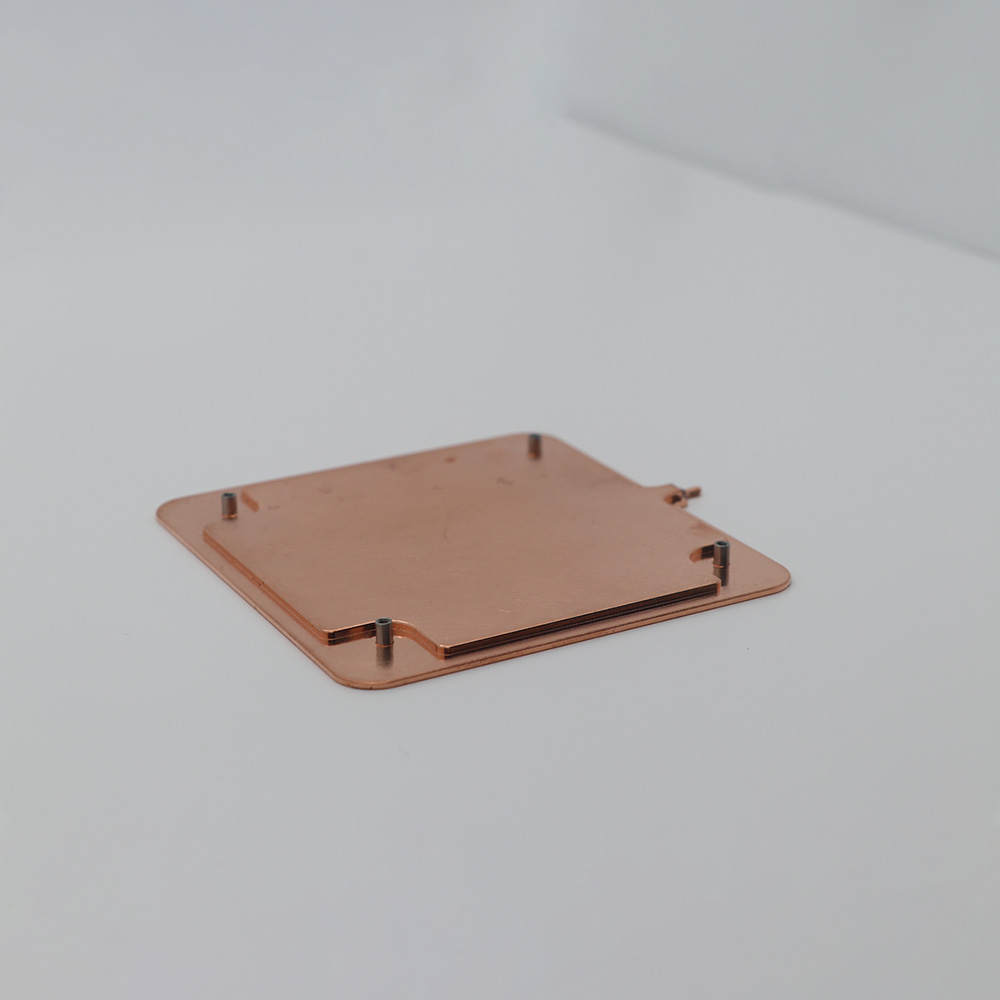 Material: usually made of copper

Structure: a vacuum cavity with a wick microstructure on the inner wall

The vapor chamber enclosure is a vacuum sealed envelope which houses the wick structure and refrigerant. Heat transfer is realized by the phase change of the refrigerant. The inner cavity is formed by the upper and lower cover plates through diffusion bonding. The cavity with copper mesh wick microstructure on the inner wall is made of oxygen-free copper (C1100/C1020), which could be customized. Due to the vacuum process, the refrigerant stays a saturated state, so that when the vapor chamber is heated, the liquid rapidly evaporates to form a saturated state again, reflecting the thermal sensitivity of the vapor chamber.

Based on the heat transfer process of rapid evaporation and condensation of the refrigerant inside the vapor chamber, the vapor chamber has the advantages of high thermal conductivity, nice temperature homogeneity and flexible heating position.

Different from the traditional heat pipe which can only meet the characteristics of radial heat transfer, the vapor chamber can also meet the characteristics of axial heat transfer, which makes it possible to configure the structure of evaporation at the bottom and condensation at the top. In addition to the use of copper, aluminum (6061) is also widely used in the vapor chambers. Based on the light weight and low cost of aluminum, the demand for aluminum vapor chambers is also increasing.